I was honored to attend New York Fashion Week with my business consultant & mentor Debra Chandler of AKYUMENTV and KickFannieMediaGroup.  Just to give you a little back story; Deb and I met over a year ago, but it wasn’t until earlier this year that our paths would cross again and we would actually have the opportunity to sit down and get to know one another.

I shared with her my goals; what I envisioned for myself as an entrepreneur, fashion stylist, influencer/blogger… and it just so happened to be the perfect timing.  Seeing some of my work over the past year, and knowing that I’ve been working hard to establish my brand; I’m fortunate that she saw something in me and agreed to mentor me and help me cultivate and bring my vision to life.

I know that you’ve seen Deb in a prior post, but let me introduce to you who this boss-babe really is and who she’s legit rolling with.

Deb has had an extensive career in the industry, from modeling and acting in her younger years to becoming the epitome of a true female boss owning her own media group, Kickfanniemedia.com.  She wears many hats and holds many titles including Co-Chair for the National Network to End Domestic Violence; and even with all her accolades and accomplishments she’s down to earth and so much fun.

She brought together some amazing talent, most of whom you’ll see and get to know more- if not already, on the AkyumenTV Network.  During our #NYFW trip I had the pleasure of being amongst some amazing talent & industry professionals; and just so you understand how big this was for me, allow me to introduce to a few of the shining stars:

Doron Peterson, is a 2 time winner of Cupcake Wars and owner of Sticky Fingers Sweets & Eats here in Washington, DC; she’s also the owner of a trendy diner on U-Street called Fare Well.

Besides being an excellent baker, she’s hilariously funny.  And would you believe she brought us a sample treat- a sinfully delicious vegan oatmeal cream pie!  Little Debbie who?

Here’s a sneak peek of Doron’s new show “Beyond the Kitchen with Doron Petersan” on the with KickFannie Media Group & the Akuymen TV Network.

Meet Devona Jefferson, a talented fine art photographer.  She’s also based here in the Washington, DC area and one who Deb also mentors. Devona and I actually met last summer, working on the same project.  I was providing wardrobe & styling and she was one of the photographers on set.  She is such a sweet woman with a killer eye for  photography.  It amazes me how she can take something we may see everyday and give it  new life through the lens of her camera.

Her work has been in exhibits across the Washington, DC metro area, and currently residing at the Crossroads Art Center, the largest exhibit in the state of Virginia.  Outside of her exhibitions, Devona is working on her first book: Collections by Devona Jefferson The Fine Art Male Nude & also been accepted into the Getty network of photographers.

You’ll see a lot more of her and her work as she continues to photograph New York Fashion Week to Philly Fashion Week in the upcoming week.

Emily Katz, has quite an extensive resume; with over 25 years of experience working in the industry from some of our favorite television series like “Anger Management“, to being quoted in some of the major fashion and beauty publications such as Elle, InStyle and Skin Inc… her expertise is well documented.

Emily will serve as the Artistic Director for KickFannie Media Group.  Her recent interview in Skin Inc’s August 2017 issue, she shares her expertise and knowledge of the difference between make up trends that you may see on social media such as Instagram vs high fashion runway and red carpet looks. You can read more of her interview on Skin Inc. website here).

She has worked with A-list celebrities from Brett Butler, Charlie Sheen, and artist such as Cee-Lo Green to CEO’s and high profile clients. She continues to maintain her celebrity clientele and is continuously sought out for her services. You can learn more about her via her website at EKTruth.com.

Have you ever heard of The Real Mommy Confessions?  A hilarious webisode founded by award winning producer & actress Bianca Jamotte LeRoux.  The series entails the everyday joys of being a mother and the challenges we face – in the most hilarious ways. 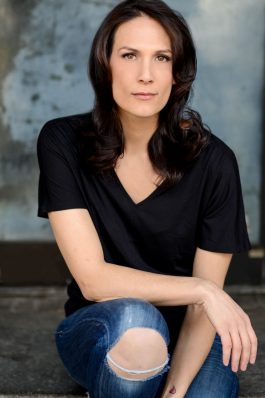 Bianca will be joining the AkuymenTV Network and taking her series to a global platform.  If you’ve never seen the Real Mommy Confessions, here’s the trailer for your enjoyment.

If you’re a Mom, like I am.. I’m sure you can relate to some of the scenario’s in her series. You can find more by following her YouTube Channel “Real Mommy Confessions“, and prepare to see her on the AkyumenTV Network soon.

Marilyn Garcia is the Chief Operating Officer of MJ Records, established in 2010 the company has worked with several renowned music professionals like Serge Tsai and more.  She is also the co-manager for up & coming artist D.Lyte, Casey, and Tiana.

D. Lyte is an up & coming pop/hip-hop artist from up state New York whose already trailblazing his way through the music industry.  Not only is he ranked #2 on reverbnation in the New York area, he’s been featured in blogs and publications such as OK and Onmogul.

His music has made it to the top ten countdown on the Cross Caribbean Tempo Networks.  And his singles such as “Ball On Em“, “Like Uhh” & his most recent “Moscato” showcase his musical abilities and why he’s an artist to watch out for.

Check out his new new single and music video “Moscato“.

Catchy hook & a dope beat.. make sure you keep up with D. Lyte by subscribing to his YouTube channel.

Thomas Whaley is an esteemed educator and author based out of Long Island, New York.  He has been recognized from the New York State Elementary Classroom Teachers Association, and was awarded with the “New York State Teacher of The Year” in 2014.  He’s also been featured on NPR.org under a special series: 50 Great Teachers as well as other publications for his educational achievements. 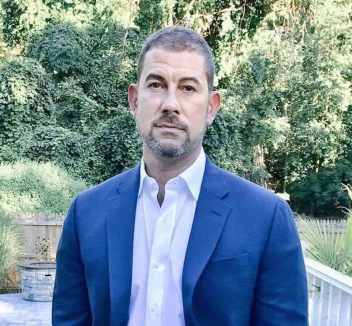 Not only is Thomas an esteemed educator, he is an award winning author of his first novel “Leaving Montana“, which can be found in bookstores such as Barnes & Nobles and Amazon.  He’s the winner of the 2015 Eric Hoffer Small Press Award, 2015 Indie Excellence Award for Best New Literary Fiction, 2015 Independent Author Network Award for outstanding first novel as well as Third Place in the IAN Book of the Year Award. 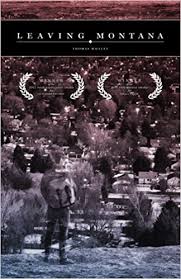 You can purchase his book through Amazon here.

Thomas is currently working on his second novel, as well as giving his first novel new life as a movie on the AkyumenTV Network.

It was such an honor to be amongst such talented group of professionals; ranging from television & film to education the experience was absolutely priceless.

Make sure to subscribe & follow my blog as I take you behind the scenes at our #NYFW shows, ciao for now!